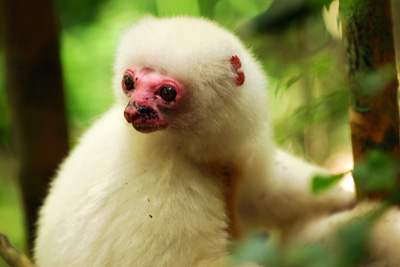 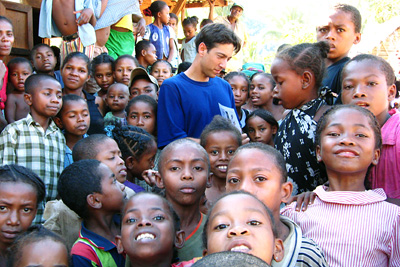 Abigail Derby
Erik Patel founded the nonprofit organization SIMPONA in 2010 to not only support efforts to defend the silky sifaka, but also to engage "local communities as partners," he says. Members deliver presentations at village schools and give local children tours of Marojejy National Park to see the silky sifaka. 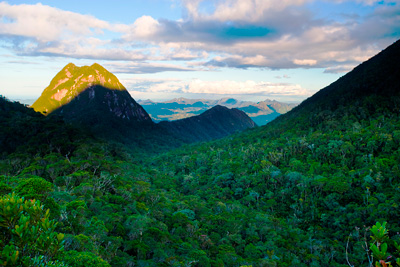 To gather research for his Ph.D., Erik Patel must travel by air for 20 hours, by car for two hours and then hike up a steep mountain to a remote rain forest in northeastern Madagascar for another five hours to find one of the world's rarest and most elusive mammals: the silky sifaka lemur.

His efforts will not only earn him a doctoral degree that he expects in 2011, but also have resulted in the founding of an nonprofit to protect the "tremendously endangered" species, he said, whose natural habitat has shrunk to a small fraction of its original size.

Patel's quest to save the few remaining silky, white, cat-size critters -- which number between 300 and 2,000 -- began after Patel earned a master's degree in biological anthropology at the University of California-Berkeley, when he volunteered for a three-month research internship in Madagascar to study "truly wild primates living in their natural environment." While there, a noted lemur researcher suggested that he focus on the endangered silky sifaka that lives only in Madagascar. But she warned him, it wouldn't be easy because of their rarity and remote habitat.

Patel, a Cornell graduate student who works in the field of biological psychology, took on the challenge, making the vocal communications and scent marking of the species his research foci. He has been to Madagascar 15 times; in recent years, he has also mentored several undergraduates, bringing them to Madagascar as research assistants. He recently led a seven-week expedition to survey Marojejy National Park for silky sifakas, using a historical map from Cornell's Division of Rare and Manuscript Collections to help decide which areas of the park to cover. The survey of some 15 square miles (which required 2.5 days hiking from the nearest dirt road) uncovered seven new groups of silky sifaka, promising albeit preliminary results. All told, Patel's team has counted 131 silkies in 31 groups over the years.

The primary threat to the species, which does not survive in captivity, says Patel, is "human disturbance," such as slash-and-burn agriculture, hunting and illegal logging of the valuable rosewood trees.

Patel founded the nonprofit organization SIMPONA in 2010 to not only raise funds, consolidate research and support efforts to defend the silky sifaka, but also to engage "local communities as partners," he says. Members deliver presentations at village schools and give local children tours of Marojejy National Park to see the silky sifaka.

"The future of the silky sifaka is not looking good," Patel says. Between poverty, political unrest and human encroachment, the lemurs' habitat is being destroyed -- "approximately 90 percent of the original forest cover of Madagascar is now gone," Patel says. However, "there are some reasons to be optimistic," he added.

A recent splash of media attention has helped spur awareness of the need to protect the species and its habitat, Marojejy National Park. Protecting the silky sifaka means protecting "the whole forest," Patel says, which is a "biodiversity hotspot of global significance." Ninety percent of Madagascar's plants and 98 percent of its reptiles, amphibians and mammals are unique to the island nation off the southeastern coast of Africa, he says.

Before Patel began his research, little was known about the furtive silky sifaka. Since "we as humans are responsible for their massive population loss," Patel said, and even though it may take "a lifetime of research" to understand their complex social behavior, "we owe them that much."