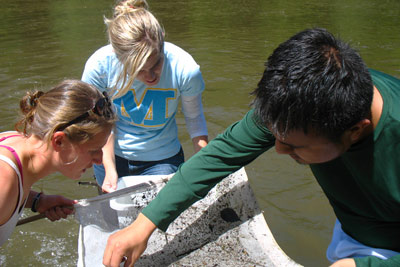 Provided
Citizens monitoring streams through the Urban Ecology Center in Milwaukee, Wisc., is one of the more than 130 citizen science projects affiliated with Cornell's website, Citizen Science Central.

From citizen science projects on butterflies, pollen outbreaks and light pollution to mountain goats, loons, spring blooming and much more, Cornell's Citizen Science Central is an online clearinghouse for more than 130 citizen science projects around the country, not only inviting the public to post targeted observations, but also offering training in species identification and other details needed to provide accurate reports.

For example, with an increasingly warmer climate, people around the world are monitoring monarch butterfly migration, the first calls of frogs and the budding and blooming of trees and flowers.

"Most of what we know about the impact of climate change on organisms comes from citizen science projects," said Rick Bonney, co-founder of the Citizen Science program at Cornell and director of program development and evaluation at the Cornell Lab of Ornithology.

For example, the Lab of Ornithology sponsors many projects involving birds and collaborates with Ithaca's Sciencenter to get middle school students involved in monitoring. Through NestWatch, students record information including location, species of birds, the number of eggs laid and the number of birds that hatch from these eggs for each nest.

Other citizen science projects at the lab, like eBird and Project FeederWatch, involve volunteer citizens recording bird sightings and counting the number of birds of varying species that come to a set location. 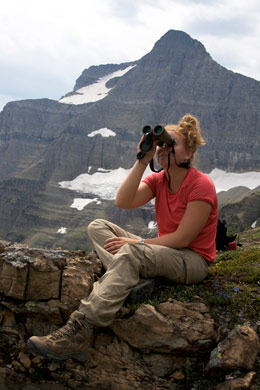 The advent of the Internet, Bonney noted, has allowed citizens to record their data directly on the Web. Filters built into the data entry system can double check participant entries and "advanced methodology helps ensure accurate data analysis, which requires a real understanding of complex data sets that result when you have thousands of people sending you information," Bonney said.

The website includes links, for example, to such projects as:

Increasingly, apps for smart phones will contribute immensely, Bonney, noted, allowing new and innovative forms of data collection. "There are a lot of apps that are being built now by different groups and organizations to collect data, but a lot of the data are not going into databases yet."

If he has anything to say about it, that will change soon.

Citizen Science Central is supported by the National Science Foundation.