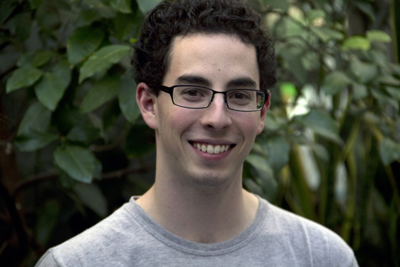 Two Cornell engineering students have been selected as "new faces" of their respective fields by national organizations.

Jeremy Blum, a senior electrical and computer engineering major, is IEEE's "New Face of Engineering College Edition." IEEE (Institute of Electrical and Electronics Engineers) is the world's largest professional association for the advancement of technology.

Blum was honored in the National Engineers Week Foundation's "New Faces of Engineering College Edition," which recognizes students enrolled in a bachelor of science engineering program at an accredited college. Winners are cited for academic excellence, leadership within student organizations, outstanding communication skills, non-engineering related community service and participation in the engineering industry. 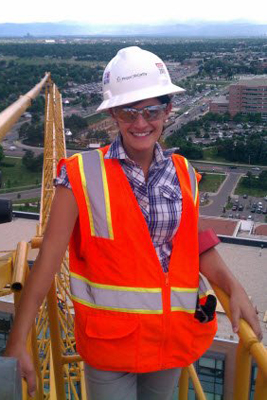 He is leading an effort to build a sustainability research facility at Cornell, and has released hundreds of videos, tutorials and projects on his YouTube channel (http://www.youtube.com/user/sciguy14). Between that and his blog (http://www.jeremyblum.com/blog/), he has tens of thousands of online followers.

Blum, who also has a passion for sharing his engineering interests with children, in November taught youngsters at the Brooklyn Children's Museum how to repurpose soda bottles into hanging gardens. Last summer he taught several classes at the Harlem Children's Zone about sustainable engineering and renewable energy.

"When I'm teaching young kids about engineering, I always start with this: 'Engineers change the world,'" Blum said. "I then go on to explain that electrical engineers are responsible for many of the things they likely take for granted, like iPods, computers, cell phones and more. I also tell them that engineers are problem solvers. When presented with information, an engineer's job isn't just to analyze it but to take that data and do something unthinkable and innovative with it."

Her citation: "[Kiem] has experienced firsthand what it's like for a civil engineer to step foot on a construction site. She worked on an 11-story addition to a children's hospital in Denver, Colo., during an internship. A daughter of a homebuilder, Hannah thanks her father for introducing and exposing her to the construction field growing up."