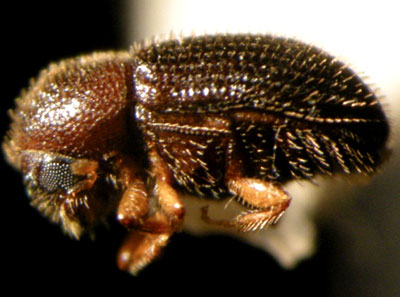 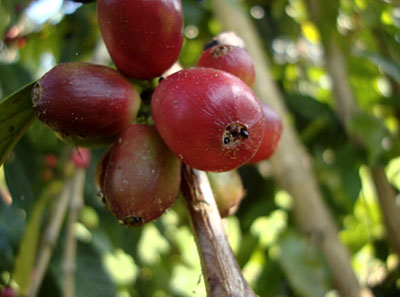 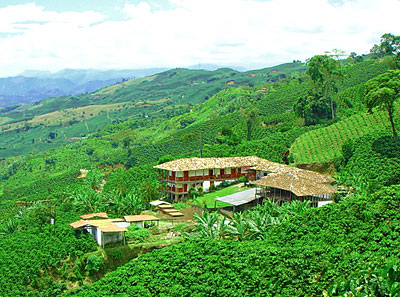 A bacterial gene from a coffee pest's gut has evidently become a permanent part of the insect's genome, researchers have recently discovered.

The finding points to a rare case of bacteria-to-animal horizontal gene transfer (HGT) -- the nonsexual transmission of genetic material across species boundaries, reports a paper published Feb. 27 in the Proceedings of the National Academy of Sciences.

The transferred gene appears to give the coffee berry borer beetle (Hypothenemus hampei) an evolutionary advantage in digesting the carbohydrates found in coffee beans.

The study may lead to ways of blocking the production of the enzyme in the coffee borer, which could potentially reduce the annual $500 million in losses the pest causes; the insect's damages also affect more than 20 million rural farming families. Native to Africa, the coffee borer has spread throughout the world, most recently to Hawaii.

Although there are many known cases of HGT between single-celled organisms (prokaryotes), such genetic transfer in animals is rare, and even rarer when there is an obvious evolutionary advantage.During the coffee borer's life cycle, female insects drill into coffee beans, where they lay eggs and eat the beans' storage carbohydrates, called galactomannans. The gene recently discovered in the coffee borer, called HhMAN1, encodes an enzyme (mannanase) that allows the insect to digest the galactomannan. This class of enzyme has never previously been reported in an insect but is commonly found in gut bacteria.

"The combination of intensive agricultural practices and a specific ecological niche may create selective pressures for horizontal gene transfer," said Jocelyn Rose, a Cornell associate professor of plant biology and a senior author of the paper. Lead authors include Ricardo Acuna and Beatriz Padilla, both researchers at Cenicafé, Colombia's national coffee institute.

The findings could lead the way, he said, to discovering other examples of HGT in agricultural settings. When sequencing genomes, computational biologists often put filters in place that remove bacterial sequences, which may mean scientists could be underestimating how frequently HGT occurs, Rose said.No one knows precisely how such HGT occurs, but the researchers found that the HhMAN1 gene sequence was flanked by transposons, or jumping genes, a category of genes known for their ability to move from place to place in DNA. The finding could represent a potential mechanism of gene transfer from gut bacteria to the insect, according to the researchers. "At this point it's still more of a smoldering gun than a smoking gun" said Rose.

The work was funded by the Ministry of Agriculture and Rural Development of Colombia, National Federation of Coffee Growers of Colombia, Cornell's Atkinson Center for a Sustainable Future and the National Science Foundation.