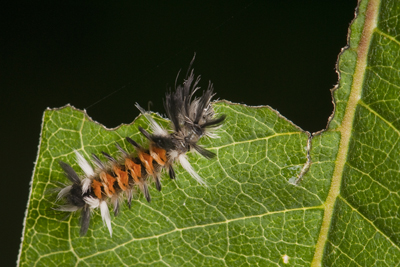 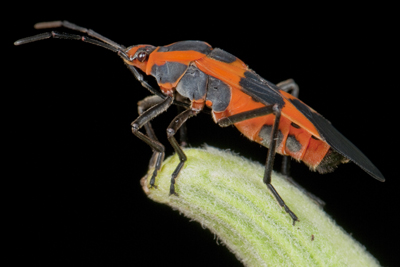 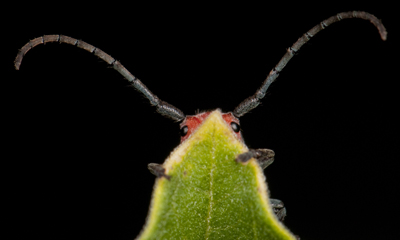 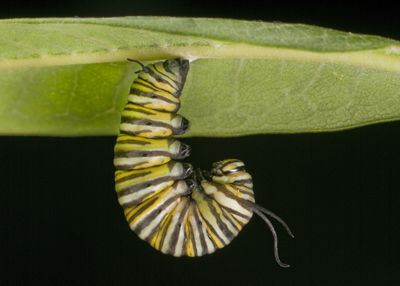 The famous biologist Stephen J. Gould once asked: If we rerun the tape of life, would the outcome of evolution be the same? For years, scientists have questioned whether evolution is predictable, or whether chance events make such predictability unlikely.

A study published online July 23 in the Proceedings of the National Academy of Sciences finds that in the case of insects that developed resistance to a powerful plant toxin, the same adaptations have occurred independently, in separate species in different places and times.

Common to milkweeds and foxglove, cardenolides are lethal to nearly all insects and function effectively as a defense against pests. Cardenolides work by binding to a cell's sodium pump, one of the most fundamental systems found in all animal cells. The sodium pump works when an essential enzyme (Na,K-ATPase) carries important elements, sodium and potassium, across the cell membrane. Cardenolides bind to the enzyme and disable it, thereby shutting down cells, which results in severe damage.

Among the 18 insects surveyed, the researchers found a few methods that the insects use to resist cardenolides. In monarch butterflies and a species of leaf beetle, for example, resistance is due to a specific mutation -- called N122H -- of the Na,K-ATPase gene. The mutation reduces cardenolide binding to the sodium pump enzyme.

"Already knowing how monarchs deal with the toxin, we wanted to see if it was the same molecular solution used by beetles, flies and true bugs that are also resistant to cardenolides," said Anurag Agrawal, a Cornell professor of ecology and evolutionary biology and a co-author on the paper. Susanne Dobler, a professor of molecular evolution at Hamburg University, is the paper's lead author.

By examining molecular changes in the sodium pump gene, the researchers found the mutation N122H in all four orders of insects studied. Furthermore, they discovered a second mutation in the same gene that also conferred resistance in 11 of the 18 species.

"This is truly a remarkable level of evolutionary repeatability and suggests that evolving resistance to the plant toxin had very few effective options," said Agrawal.

The researchers tested the effectiveness of these gene changes by inserting the single Na,K-ATPase mutations into cell cultures and then dosing those cultures with cardenolides. They found the mutations gave the cells resistance, and when cells were given the two mutations that repeatedly evolved together, they had twice the resistance as cells with a single mutation, implying a synergistic effect.

The standard gene for the sodium pump is essentially the same in all insects, and even mammals carry the gene in a relatively unmodified form. The sodium pump thus originated from a common ancestor hundreds of millions of years ago and is central to the functioning of most animals. Out of that background, insects from different orders over the last 300 million years specialized on plants with cardenolides and evolved resistance independently, and in numerous cases, through exactly the same gene change.

"We can't rerun the tape of life, but we can look back over millions of years of evolutionary divergence and show that there has been tremendous repeatability, even at the molecular level," said Agrawal.