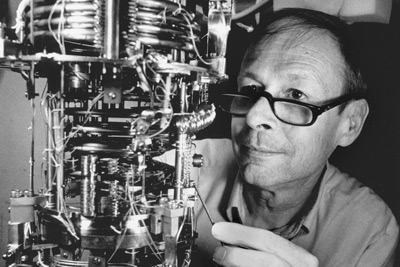 University Photography
Robert Richardson works in his lab in this 1989 file photo.

Nobel laureate Robert C. Richardson, an experimental low-temperature physicist and one of Cornell’s most influential administrators, died Feb. 19 at a nursing home in Ithaca, N.Y., from complications related to a heart attack he suffered about three weeks ago. He was 75.

Richardson joined the Cornell faculty in 1968 and was named the Floyd R. Newman Professor of Physics in 1987. In 1996 he was awarded the Nobel Prize, with then Cornell colleague David Lee and former student Douglas Osheroff, Ph.D. ’73, for their 1971 discovery that the helium isotope helium-3 can be made to flow without resistance – a state called superfluidity – at about 0.002 of a degree above absolute zero.

The discovery revolutionized low-temperature physics, leading to major advancements in scientific understanding of the hydrodynamics of intricately ordered systems, the microscopic theory of electrons in metals and the range of phenomena accessible to nuclear magnetic resonance (NMR) probes. The discovery also had implications for phenomena in astrophysics, from galaxy formation to the composition and nature of rotating neutron stars.

Richardson served as Cornell's first vice provost for research from 1998 to 2007 and was named senior vice provost for research emeritus in 2008. In 2007 he began a two-year term as senior science adviser to the president and provost. Richardson also served as founding director of the Kavli Institute at Cornell for Nanoscale Science (2004-09) and director of the Laboratory of Atomic and Solid State Physics (1990-96).

Colleagues have cited Richardson’s deep understanding of the nation’s science agenda, which would help shape the course and success of Cornell’s research enterprise. He represented the university on federal committees and positioned Cornell to use its strengths in obtaining many sources of federal research funding. 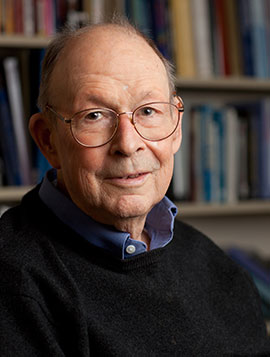 “Bob Richardson was an extraordinary physicist who used his deep understanding of the scientific enterprise to shape the course of research at Cornell and nationally,” said Cornell President David Skorton. “He was also a wonderful colleague, mentor and friend, and we are fortunate to have had the benefit of his wisdom and leadership for so many pivotal years.”

During his tenure as vice provost, he helped solidify Cornell’s position of leadership in the sciences as a member of the Research Futures Task Force, which identified core areas of research – materials science, genomics and nanoscale science – that would become a major focus for Cornell investments. He was also highly influential at the national level, with service on the National Science Board, which oversees broad policy issues related to science and engineering research, and education.

Richardson was also co-author of a 2005 National Academy of Sciences report, “Rising Above the Gathering Storm: Energizing and Employing America for a Brighter Economic Future,” which identified an urgent need to bolster U.S. science and technology competitiveness.

In the field of low-temperature physics, Richardson was especially interested in the properties of liquids and solids at sub-millikelvin temperatures. Richardson, Lee and Osheroff’s accomplishments in superfluidity were recognized by the scientific community with the awarding to the trio of the Simon Memorial Prize in Low Temperature Physics from the Institute of Physics, London, in 1976, and the 1981 Oliver E. Buckley Prize of the American Physical Society.

“Bob … was a wonderful person and a great mentor to all in the low-temperature group at Cornell,” said Osheroff, now a Stanford University professor emeritus. “He was a role model for us all, not just in our research, but as mentors to our own graduate students.”

Lee, now a physics professor at Texas A&M University, also reflected his friend’s passing. “His whole career at Cornell was characterized by great cleverness and energy. He was enormously helpful in introducing new graduate students into the group and teaching them by example. During the course of this work Bob was always alert and often made key suggestions. …

“Following the discovery of superfluid helium 3, Bob and his student Bill Halperin discovered the long-awaited magnetic phase of solid helium 3 at about .001 Kelvin degrees above absolute zero. This was a true tour de force. …,” Lee continued. “Bob later pioneered the design and construction of a microkelvin laboratory, which permitted much lower temperatures to be routinely attained.”

Born June 26, 1937, in Washington, D.C., Richardson attended Washington-Lee High School in Arlington, Va., where he said the science classes were old-fashioned. “I was taught that absolute zero is the temperature at which all motion stops,” he recalled in his Nobel Prize autobiography. “It is most fortunate that the statement was wrong. Otherwise helium-3 could not become a superfluid.”

An avid Eagle Scout, hiker, canoer and birdwatcher, Richardson earned a B.S. (1958) and M.S. (1960) in physics at Virginia Polytechnic Institute (Virginia Tech); after serving in the U.S. Army Ordnance Corps for six months, 1959-60, he completed his Ph.D. in physics (1966) at Duke University, where he worked with Horst Meyer, researching the NMR exchange interaction in solid helium-3.

He is co-author, with Eric N. Smith and 21 Cornell graduate students, of the book, “Experimental Techniques in Condensed Matter Physics at Low Temperatures” (Addison-Wesley, 1988).

He is survived by his wife, Betty Richardson, a daughter and four grandchildren; he was predeceased by a daughter.

The funeral will be private. A memorial service will be planned.