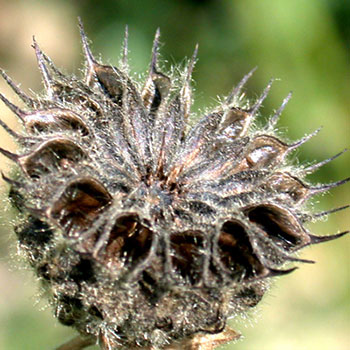 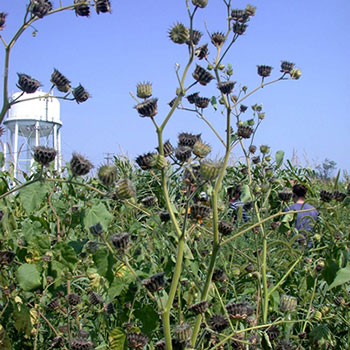 Provided
Matured, the weed can physiologically adjust to drought conditions, a powerful adaptive trait that could allow substantial expansion of its current range.

In the race to adapt to climate change, weeds may be the winners. Understanding their well-honed coping mechanisms could inform strategies for ecological management, says a Cornell crop and soil researcher.

While other species are expected to suffer from environmental fluctuations, changes in temperature may help invasive weeds expand their ranges. Many weeds are capable of relatively rapid genetic change as well, further enhancing their ability to colonize new areas.

"The standard modeling approach treats plants like static entities," DiTommaso said. "But changes in weed distributions may also reflect evolutionary change in the plants themselves. We've already seen them change in response to human influences such as farming practices."

In the study, the researchers looked at four different weed species -- Himalayan balsam, velvetleaf, Japanese knotweed and johnsongrass -- that were expanding their ranges northward within North America. They observed evidence for potential evolutionary responses to climate change in each species, despite population genetic differences.

DiTommaso said that the study's findings will help address the spread of weeds and the economic and ecological damage it could cause. He's also intrigued by what weeds can teach us about inhabiting and restoring degraded areas.

"Most people define weeds simply as plants out of place, but from an ecological point of view they're just especially good at colonizing disturbed sites and staying abundant under repeated disturbance," he said. "Ecologically, they're just survivors."

DiTommaso said weeds are also are essential to agriculture and human well-being, protecting and restoring the soil and providing surgery when areas are torn up for fields, burned or otherwise altered.

"Weeds are pioneers that initiate a process that can eventually restore whatever forest, savanna, prairie or other ecosystem was native there," he said.

Still, weeds are the most costly category of agricultural pests and cause more yield loss worldwide than insect pests, crop pathogens or warm-blooded pests.

"No year goes by when you don't have to deal with them -- they're like taxes or death. Diseases and pests can come in one year and go the next, but weeds are constant," he said.

DiTommaso also pointed out that weeds are considered the main production constraint for the rapidly expanding organic agricultural sector.

"We need to ... develop and implement safe, effective and sustainable strategies for dealing with [weeds]. But we should also consider what it is that allows these wild plants to be so resilient," he said.

"Perhaps some of the strategies that make them troublesome could help us better design cropping systems, especially in light of predicted climate change."