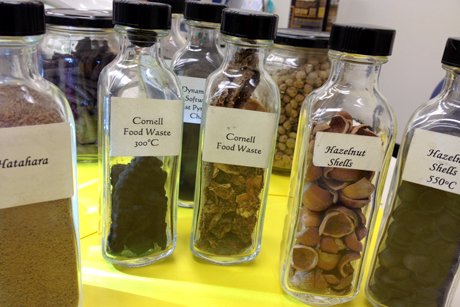 In the quest to decrease the world’s greenhouse gases, Cornell scientists have discovered that biochar – a charcoal-like substance – reduces the nemesis nitrous oxide from agricultural soil on average by about 55 percent and stanches emissions into the atmosphere. The research is reported in the new journal from Nature, Scientific Reports, April 25.

Carbon dioxide has a quiet, but strong partner in climate-warming crime – nitrous oxide. This nasty gas is usually produced on farms from animal manure waste and the use of synthetic fertilizer. In fact, nitrous oxide in agricultural soil has 298 times more global warming potential than carbon dioxide. 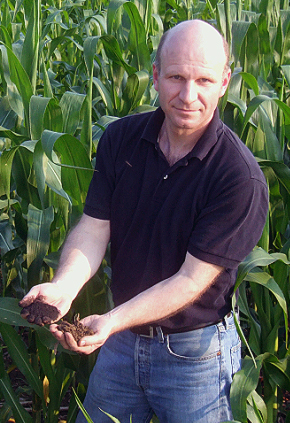 “Despite this large importance of nitrous oxide for greenhouse gas emissions, there are very few strategies to mitigate the emissions in agriculture, compared to carbon sequestration in soils,” says Lehmann.

First author Maria Luz Cayuela, a former Cornell postdoctoral researcher in Lehmann’s lab and now at the Universidad de Murcia, Spain, led the study. The soils and the biochar spanned a wide array of types. Some soils studied were acidic, others neutral; some were sandy, others filled with clay. The researchers examined soils rich in organic carbon, while other soils possessed low carbon amounts.

No matter the soil type or the biochar type the scientists used, a universal truth emerged: the emission of nitrous oxide was always reduced on average by about 55 percent, compared to benign nitrogen gas.

The study, “Biochar and Denitrification in Soils: When, How Much and Why Does Biochar Reduce N2O Emissions,” was also co-authored by researchers Miguel Angel Sanchez-Monedero and Asuncion Roig, Universidad de Murcia; and Cornell technicians Kelly Hanley and Akio Enders

This work was funded by the Organisation for Economic Co-operation and Development, European Union Marie Curie Fellowship, U.S. Department of Agriculture, National Science Foundation and the Fondation des Fondateurs through the Atkinson Center for a Sustainable Future.