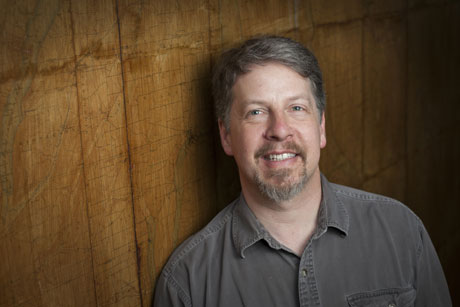 At one time, mainstream scholars of pre-Revolutionary War Iroquoia saw the disease-diminished and war-weakened “people of the longhouse” fumbling through an epoch of social turmoil and decline. Jordan, his colleagues and their archaeological evidence just might be changing history.

For those who snoozed through American history – and the part about the Iroquois Confederacy from the mid-1600s through the American Revolution in particular – this certainly was a time of change. Fewer Iroquois (63 percent of Mohawks had died in a 1634 epidemic) incorporated other Northeastern Indians into their domain and increasingly lived in smaller, scattered communities many days’ travel from the centuries-old, upstate New York core.

But they did much more than just hold on, Jordan emphasizes. “The core territory continued to be occupied, even as satellites budded off to more distant areas,” he says. Their new settlements in Ohio, Pennsylvania and areas of Canada were “colonies,” he argued in an American Anthropologist journal article, “Postcolumbian Iroquois Satellite Communities and Processes of Indigenous Autonomy,” last year. 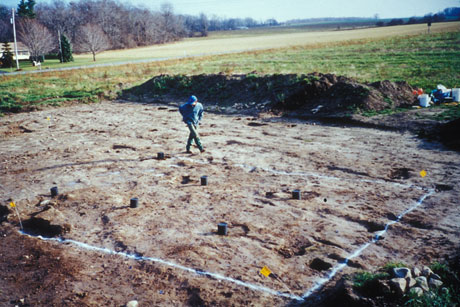 By incorporating non-Iroquois people, the Haudenosaunee “managed to keep populations reasonably constant, or even increase them, during a period when Iroquois agriculture was extremely productive,” he says.

The “dispersal” other scholars saw as a sign of the Confederacy’s dissolution was, to Jordan, pragmatic adaptation to changing times. As he wrote in his 2008 book, “The Seneca Restoration, 1715-1754,” dispersal can no longer be seen “as the passive response of a people buffeted by the upheavals of engagement with Europeans, but instead must be regarded as an instance of active opportunism where Iroquois people took advantage of a hard-won neutrality to improve their daily lives.”

Senecas figure prominently in Jordan’s mostly upbeat narrative because their territory is where his most revealing digs have been. The Townley-Read site, the mid-1700s home to several hundred Seneca agriculturalists, is located near Geneva, N.Y. Summer after summer, Jordan has led archaeological excavations, educating college-age Native Americans (with scholarships through Cornell’s American Indian Program) alongside nonnative students.

Objects Senecas left behind are open to interpretation. That brass imported from Europe, for example, once was taken as evidence that traditional cultures were eroding and that Iroquois were becoming “acculturated” and dependent on European trade goods. “Brass kettles were reshaped into Native forms,” Jordan notes. “The commonplace nature of kettles indicates that Senecas had enough trading power to get regular access to materials they could adapt to their needs.”

And all that deer bone, broken open to get at nutritious marrow and fat during late-winter months? Some scholars called that “desperation” by a stressed-out population; Jordan says marrow and grease harvesting was a well-planned tactic, yielding a storable dietary resource used until seasonal supplies rebounded.

Life for the Haudenosaunee became significantly more difficult during and after the Revolutionary War. Crops and villages were burned, and their people were confined to small reservations by dubious land deals.

Jordan thinks everyone today, even those who vehemently oppose Native American land claims, should know what was: Maybe not a golden age for the people of the longhouse and certainly not Camelot, but a remarkable time of sustainable autonomy and resilience.

“Uncritical reliance on this narrative of decline,” he says, “has both perpetuated errors of fact and damaged relations among contemporary Native Americans, scholars and the general public.”

Anyone who doubts that, Jordan says, is welcome to grab a trowel and join the dig.