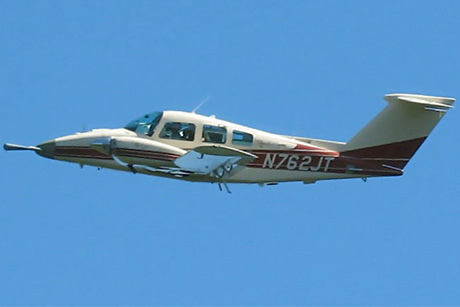 Using an airplane to detect greenhouse gas emissions from freshly drilled shale gas wells in Pennsylvania’s Marcellus basin, Cornell and Purdue scientists have found that leaked methane is a tougher problem – between a hundred- and a thousandfold – than previously thought, according to a study published April 14 in the Proceedings of the National Academy of Sciences.

“We found significant leaks during the drilling phase. It was bigger than we anticipated,” said paper co-author Jed Sparks, Cornell professor of ecology and evolutionary biology. “With increased methane into the atmosphere, the climate gets warmer faster, and early on it has a more intense effect on the whole climate.”

The researchers flew above the Marcellus Shale formation in southwestern Pennsylvania’s Washington County in Purdue University’s Airborne Laboratory for Atmospheric Research, a specially equipped airplane. They could identify plumes of methane gas from single well pads as well as groups of well pads, and they could examine the production state of the wells.

Much like a passing driver can smell a neighbor’s fireplace fire, the special airplane can pinpoint plumes of methane gas, the researchers said.

At some wells in preproduction, the scientists detected 2 to 14 grams of leaking methane per second, per square kilometer. And much to their surprise, they found 34 grams of methane leaking per second, per square kilometer, at seven well pads in the drilling phase. That’s two to three orders of magnitude more leaked methane than the U.S. Environmental Protection Agency estimates for these wells.

By extrapolating the methane’s intensity at specific altitudes, the scientists could discern methane’s parts per million (ppm) in the atmosphere. With normal air, the ppm is 1.8. Inside the Washington County wells’ methane plumes, the ppm rose to 2.6.

The study, “Toward a Better Understanding and Quantification of Methane Emissions from Shale Gas Development,” was co-authored with Cornell’s Bob Howarth, the David R. Atkinson Professor of Ecology and Environmental Biology; Anthony Ingraffea, the Dwight C. Baum Professorship in Engineering; and Renee Santoro, of Physicians, Scientists and Engineers for Healthy Energy, Ithaca. Purdue’s Dana R. Coulton and Paul Shepson were the lead authors.