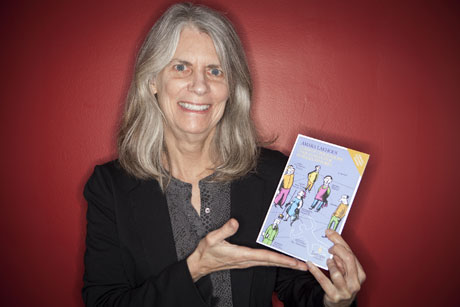 Incoming freshmen and transfer students at Cornell will read Amara Lakhous’ novel “Clash of Civilizations Over an Elevator in Piazza Vittorio” this summer. The 2014 selection for the university’s New Student Reading Project is a cosmopolitan, intercultural murder mystery narrated by a variety of unique, idiosyncratic and often comically outspoken residents of a modern apartment building in the center of Rome.

“Lakhous’ story generates a range of engaging topics for discussion and exploration – including emigration and immigration, ethnic stereotyping, cosmopolitan culture and literature,” said Laura Brown, senior vice provost for undergraduate education. “It explores cultural difference through evocations of cuisine, custom, religion, politics, class, language, profession and even pet-keeping. The novel also contributes to ongoing debates around the status and the future of the immigrant in a global economy.”

During Orientation in August, the bookwill be the subject of discussion in small seminars led by faculty and staff, required for all new Cornell students. Throughout the 2014-15 academic year, faculty-in-residence and faculty fellows affiliated with residence halls on North Campus will offer specialevents connected to themes from the book. These events will allow students to explore a wide range of ideas and cultural issues with faculty and students from colleges and schools across the university. The annual reading project also will be supported by a website with additional resources for readers to explore.

“Clash of Civilizations Over an Elevator in Piazza Vittorio” conveys the global perspectives of immigration and exile, using narrative unreliability as a way of translating preconception and prejudice into a realistic empathy for the marginal populations of the world’s major urban centers.

Chapter by chapter, each character’s testimony adds to a contradictory, colorful story of personal struggle, ethnic identity, marginality and preconception – no one perspective is finally reliable. Even Amedeo, the character whose journal entries link the chapters into a common story and whose balanced appreciation for all his neighbors seems to reflect a broader wisdom, is engaged in his own subterfuge.

Comedy and tragedy mesh as the murder investigation uncovers the identity of the true criminal. Lakhous’ characters stereotype each other and themselves so colorfully and paradoxically that their collective portrait becomes a warm, vital picture of the modern city, animated by the “clash of civilizations” in every elevator, in every dwelling and on every street. For Lakhous, this “clash” is our best hope for wisdom and understanding: “The worst that can arise between two societies is indifference. [R]oads with intersections produce surprises and reveal new routes to travel down. That is how genuine understanding and wisdom is born,” the author says.

Born in Algiers, Lakhous immigrated to Rome in 1995. “Clash of Civilizations” is his second novel, first published in Italy in 2006 and in an English-language edition in 2008. Lakhous published an earlier version of the book in Arabic as “How to Be Suckled by the Wolf and Not Get Bit.”

“I have always refused to take part in any feud between languages,” Lakhous says of his multilingual writing.

The novel received the prestigious Flaiano Prize and Racalmare-Leonardo Sciascia Literary Prize in Italy, and Algeria’s top literary prize, the Prix des Libraires Algériens. A best-seller in Europe, it was adapted in 2009 for a film by director Isotta Toso.