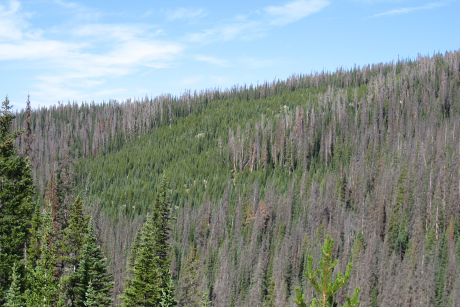 Cornell’s David R. Atkinson Center for a Sustainable Future (ACSF) has given $1.4 million from their Academic Venture Fund to 12 new university projects designed to protect and sustain the world’s environment, foster renewable energy, and promote human health and economic well-being. The awards were culled from a record-setting 49 proposals – about 50 percent more proposals than ever before, since awards started in 2008.

“We continue to pull together teams of people who have never worked together to tackle tough and timely sustainability issues using everything in today’s research arsenal, from social media to new technologies, to better understandings of what motivates people,” says Frank DiSalvo, director of the center and the John A. Newman Professor of Physical Science.

The awards involve 48 faculty members from the Colleges of Agriculture and Life Sciences; Architecture, Art and Planning; Arts and Sciences; Engineering; Human Ecology; and Veterinary Medicine, and the School of Computing and Information Science. All of the projects involve two or more department collaborations. More than 90 percent involve three or more departments.

“The Academic Venture Fund is a ‘seed’ fund, the academic-equivalent of angel investing, providing that first, much-needed boost of support to see if a good idea has legs,” explains DiSalvo. “One measure of impact is how many of those seeds grow, and in this we have been unusually successful with $8 in follow-on funding for every $1 we have spent. As our early seeds mature, we are seeing on-the-ground impact in Africa, Indonesia, Latin America and here at home.”

Bioenergy from dairy manure: Scientists will develop a treatment process to get maximum energy – biogas, liquid biofuels, renewable electricity and thermal energy – from manure and other food production wastes.

Expanding bird habitats by changing human behavior: A team will use YardMap, an online social network hosted by Cornell’s Lab of Ornithology, to track how environmentally friendly behaviors spread among social groups to persuade people to adopt practices mutually sustainable to humans and birds.

Greening greenhouses with yard waste: Researchers will work with an aquaponic greenhouse that integrates fish and vegetable farming to test a commercial-scale pyrolysis energy system powered by yard waste. The system will provide year-round heat without fossil fuels, while its biochar will enrich the soil and perhaps filter the fishpond water.

Early response to emerging epidemics: As habitats shrink, zoonotic epidemics are increasingly threatening both humans and endangered species such as Siberian tigers. This team will build an epidemic-fighting toolkit for threatened species.

After the conifers die: Climate change is devastating pine and spruce forests across North America, bringing bark beetle infestations that can kill up to 90 percent of larger trees. Scientists will assess the long term effects of beetle outbreaks on the whole ecosystem.

Controlling the whitefly scourge for staple crops: Whiteflies threaten food security throughout the developing world, attacking staple crops like cassava, beans and tomatoes. The researchers plan a new strategy by engineering a pesticide-free method for control.

Sustainable rice – less water, less arsenic: Researchers will test low-water farming practices to save water and reduce arsenic in rice – the staple food for half the world’s population – while maintaining yields.