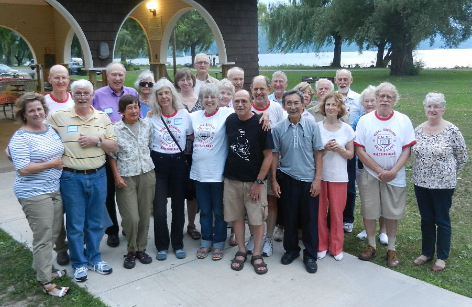 Hailing from far-flung regions of the world, 18 graduates from the 1960s and ’70s of Cornell’s development sociology (previously rural sociology) Ph.D. program had the rare chance to enjoy each others’ stories and experiences at their own reunion weekend, July 11-13.

“We had this calling to improve the lives of those who don’t have as much as we had. … Cornell provided a place where we could begin that experience,” says Merschrod, who said that his experiences in development evaluation in such countries as Ecuador and Peru have allowed him to understand the dynamics of society and assess the true progress of emerging communities.

“The program gave us a sense of very constructive application to how we can help the people that we meet,” says Isao Fujimoto, Ph.D. ’09, who began his Cornell education in 1961. In 2009, President David Skorton recognized Fujimoto at his graduation, appointing him to the honor of degree marshal. Now 81, Fujimoto said that he found inspiration from his childhood spent at internment camps for Japanese Americans during World War II. 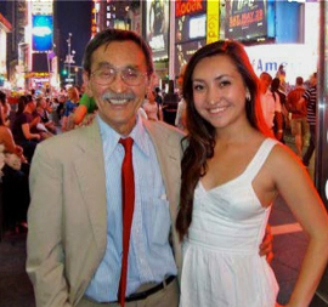 Having completed his fieldwork with the Cornell-Philippines project, Fujimoto put his dissertation aside to join the University of California, Davis, faculty, where he worked in rural sociology, farm labor issues, ethnic studies, social justice and community, immigration and labor organizing. He also examined social impacts of technological advances such as the tomato harvester, which dramatically shrank the work force.

“The reunion produced knowledge to the kinds of things that are going on in this world,” Fujimoto says.

The reunion was held in the wake of the development/rural sociology’s centennial year, which will be celebrated during the 2015-16 academic school year.