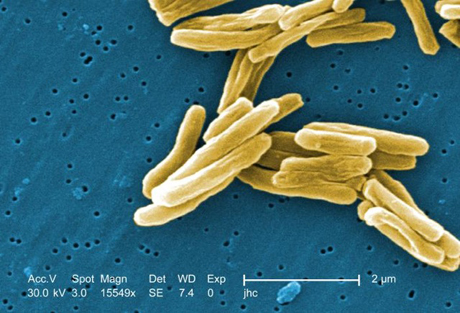 With a $1.5 million grant from the Bill & Melinda Gates Foundation, Cornell faculty have embarked on a quest to discover new drugs to combat tuberculosis (TB), the leading cause of death from bacterial infection. Because TB is an orphan disease – chiefly afflicting people in developing countries and offering poor profit prospects to most drug developers – this project is one of few to offer hope against an epidemic that grows more untreatable by the day.

In June, Cornell faculty launched a search for chemical compounds that could be developed into new TB drugs. They are screening a library of nearly 1 million physical chemicals collected by the California Institute for Biomedical Research (Calibr), a nonprofit organization established to accelerate translation of basic biomedical research into medicines.

“As drug discovery and development is an extremely costly process, nontraditional routes involving academic and biotech partnerships such as our Cornell/Calibr cooperative provide an effective alternative approach to drug discovery,” said TB expert Dr. David Russell, the William Kaplan Professor of Infection Biology in the Department of Microbiology and Immunology at Cornell’s College of Veterinary Medicine.

“The traditional method of drug discovery involves creating mutant bacteria to find which gene products they need most for survival in a rich broth medium, then testing compounds to attack those targets using purified recombinant proteins,” said Russell. “But this isn’t working for drugs that work after a person has been infected. If you’re infected with TB, the majority of bacteria will live inside your macrophages. … We are screening for compounds that will kill Mtb inside its host cell.”

In a second approach, Russell’s lab will seek synergizing compounds that work together with existing frontline drugs by enhancing the drugs’ power to fight Mtb living inside host cells. When multiple compounds work together in synergy, the concentrations of each compound can be lessened to achieve the same effect or better.

“Compounds we find this way could reduce the likelihood of drug resistance,” said Russell. “With lower concentrations and increased potency, the length of TB treatment could be shortened from its typical nine months to as little as two months. That could have a huge impact on people’s ability to finish their treatment.”

In a previous screen the lab performed on a library of 340,000 compounds provided by Vertex Pharmaceuticals, they were able to screen 30,000 compounds per week. For each hit that proves promising, the scientists will conduct chemical modeling to improve the compound’s bioavailability and potency, synthesizing similar compounds around the initial compound’s basic structure to see which variants improve efficacy.

In parallel, Russell’s lab is looking at how hit compounds work, seeking to identify drug targets and modes of action as well as what bacteria do to try to overcome the drugs and how readily they generate mutants to develop resistance.

“The more you know about the biology of the interaction between the compounds and the bacteria the better,” said Russell. “We still don’t fully understand the mode of action for some of the existing TB drugs. There is a lot of untapped potential for finding new ways to fight the major global health problem that TB presents.”