Yuri Orlov, professor of physics and government, will celebrate his 90th birthday Wednesday, Aug. 13. The internationally renowned physicist, human rights champion and Soviet-era dissident is one of the oldest active professors in America.

Voice of America will honor the occasion by streaming a documentary about him on its Russian-language website. The National Security Archive at George Washington University will mount a major Web posting. And in Moscow, members of 30 Russian human rights organizations will attend a birthday party hosted by the ombudsman of the Russian Federation and the Moscow Helsinki Group. Orlov will Skype in from Ithaca.

One of the most influential human rights groups in Russia, the Moscow Helsinki Group was created to monitor Soviet compliance with the Helsinki Accords and became the model for many similar groups inside and outside the Soviet Union. When he founded it in 1976, Orlov wrote his ticket to the gulag.

His first confrontation with Soviet authority occurred in 1956, when he gave a pro-democracy speech in Moscow’s most prestigious physics institute. By order of the Politburo, he was fired from his job at the institute and banned from scientific work in Moscow. 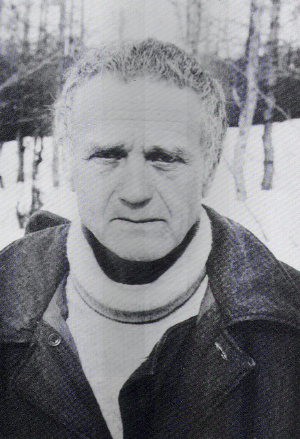 Provided
Orlov in 1984 during his exile in Siberia.

He spent the next 16 years at the Yerevan Physics Institute in Armenia, where he designed an electron-synchrotron, become head of a laboratory and a professor, and was elected to the Armenian Academy of Sciences.

On his return to Moscow, Orlov joined the dissident movement, became a founding member of the Soviet chapter of Amnesty International and then founded the Moscow Helsinki Group. He was arrested nine months later for “anti-Soviet agitation and propaganda.”

He spent nearly 10 years in prison at a hard labor camp and Siberian exile – and, to the dismay of the Politburo, received the first of several nominations for a Nobel Peace Prize.

In 1986, stripped of his Soviet citizenship and deported to New York, he immediately resumed human rights activity. In 1987 he began rebuilding his scientific career, joining Cornell’s Newman Laboratory as a senior scientist and a research team at Brookhaven National Laboratory. Six years later he became an American citizen and was elected to the American Academy of Arts and Sciences.

Orlov became a Cornell professor of physics and government in 2008, and he continues to teach an undergraduate human rights seminar and a graduate physics seminar. His physics research investigates systematic errors, spin coherence time and other theoretical issues related to the proposed measurement of the proton, electron and deuteron Electric Dipole Moments. His work on the theoretical foundations of quantum mechanics focuses on the origin of quantum indeterminism.

Since arriving in the West, Orlov has authored or co-authored more than 200 scientific papers and technical reports; written a memoir (“Dangerous Thoughts,”1991); campaigned for Soviet, Russian and Chinese political prisoners; and advised human rights organizations in Russia. He participated in the work of the Moscow Helsinki Group for many years, but as a “foreigner,” Orlov is barred by Russian law from membership in the human rights group he founded.