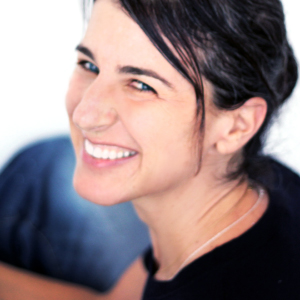 Ithaca-based author Megan Shull brings a personal philosophy to her writing for young people, including “The Swap,” a novel published in August by HarperCollins.

“I’m not an author who pretends to not have a message,” says Shull ’91, M.S. ’94, Ph.D. ’98, who also wrote the award-winning “Amazing Grace” for young readers. “I very much want to help kids feel better. When they put down the book, I want them to be smiling, and feel more hopeful, less alone and more inclined to look out for one another.”

“The Swap,” her fourth book, is being described as “Freaky Friday” with a twist – it is told through the alternating perspectives of a boy and girl who switch bodies on the first day of middle school and have to figure out how to survive as each other.

Middle school students, Shull says, are at “such a delicate and transformative age. Everything is changing – your body, your brain, your perspective. This book is really about learning how to be yourself by spending a little time being somebody else.”

She kicks off a national book tour for “The Swap” with a free event Sept. 9 at 7 p.m. at the Hangar Theatre in Ithaca. The evening will feature Shull in conversation with Ithaca Mayor Svante Myrick ’09, “talking about the book, and our own middle school experiences,” she says; Ithaca-based advice columnist Amy Dickinson; and Ithaca College a cappella ensemble Ithacappella.

With music, books and conversation, “I think it’s a perfect alchemy,” Shull says of the event, geared to 10- to 14-year-olds, parents, educators and friends. 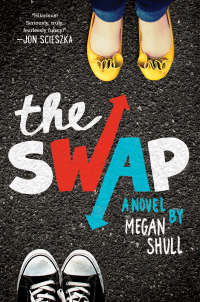 Shull was born and raised in Ithaca, majored in communication in the College of Agriculture and Life Sciences and played on the Big Red women’s hockey team for two years. Her graduate work at Cornell was in educational psychology.

While working on her doctorate, “I looked at ways we can help young people retain their confidence and spirit as they head into adolescence, and how sharing authentic stories can help them feel less alone,” she says. “I didn’t set out to be a fiction writer – I wasn’t an English major – but somehow I was very lucky to land in the world of children’s literature. Now I know, from the deeply touching letters I get from readers, that realistic fiction really does help kids feel better.”

Before she played hockey for Cornell, she attended the women’s games as a young girl and was a “stick girl, filling water bottles and getting to stand behind the players’ box – it was so inspiring to me to have such strong and powerful role models.”

An injury as a sophomore sidelined her playing career, and she started a mentoring program for young girls, the Cub Club, when she was a grad student.

The program still thrives almost two decades later, pairing Big Red women’s ice hockey players with a “little sister” from the Tompkins Girls’ Ice Hockey program. “It’s been lovely to see how meaningful the friendships have been for both the Cornell women and their younger counterparts and their families,” Shull says.

“I grew up less than a mile from campus, and Cornell has informed and shaped so much of who I am,” she says. “It is such a beautiful and engaged and caring community. So much of the way I see the world and my hope for the future were shaped here and continue to inform me to this day.”