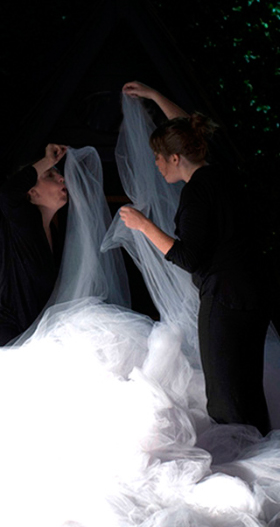 Several former Society for the Humanities fellows who have had an impact on pedagogy, research and influencing trends in the humanities will return to campus for a two-day conference, Oct. 31-Nov. 1 at the A.D. White House.

A Cornell sesquicentennial event cosponsored by the College of Arts and Sciences, “Sensational Humanities” will feature past and current society fellows in a series of public dialogues.

The conference title plays off the society’s 2014-15 focal theme, “Sensation.” First conceived during Cornell’s centennial celebrations in 1965, the society has been an international leader in the humanities over its 50-year history.

“What we’ve tried to do is to bring back people whose presence at Cornell had a lasting impact on the development of emerging traditions and discourses in the humanities, whether they had influence on dissertations being written at the time, or in many cases, catalyzed interest in forming new pedagogies at Cornell,” society director Timothy Murray said.

An opening “History and Culture of Publics” panel includes Saida Hodžić, assistant professor of anthropology and of feminist, gender and sexuality studies; Tsitsi Jaji, Ph.D. ’09, a former Mellon Graduate Fellow who teaches and researches black literature, cinema and music at the University of Pennsylvania; and Bruce Robbins of Columbia University, an “important figure in the role of the public intellectual and of the humanities in public,” Murray said.

A Cornell-centric “Queering Affect” panel Oct. 31 highlights the role of the society in fostering queer scholarship, and of graduate students “in encouraging queer studies as an important and viable area of scholarship,” Murray said. Panelists are Amy Villarejo, professor of performing and media arts and of feminist, gender and sexuality studies, and current fellows Dana Luciano, M.A. ’96, Ph.D. ’99, of Georgetown University (who took a graduate seminar Berlant taught here), and Ann Cvetkovich, M.A. ’85, Ph.D. ’88, of the University of Texas, Austin.

A “Materialities” panel Nov. 1 was assembled in response to “a very strong and vocal interest of junior and recently arrived faculty at Cornell, [including those] in theology, classics and 19th-century English studies,” Murray said. It features professor of music Annette Richards, society faculty fellow and associate professor of classics Verity Platt, assistant professor of English Amanda Jo Goldstein, and Verena Andermatt Conley of Harvard University, a society senior scholar in residence in 2008-09.

Conley has been at the forefront in studying the humanities and global warming, Murray said, “and was here doing research in ecological studies just a little before the large wave of sustainability studies hit the humanities.”

“Constance was a fellow the year that we did ‘Mass Culture’ [as a theme],” Murray said. “Her presence in the society, along with a number of others, helped to generate interest in the graduate minor in film and video studies.”

The “Theory” panel Nov. 1 reflects “a tremendously important legacy at Cornell,” Murray said. It includes Jonathan Culler, society director from 1984-93 and the Class of 1916 Professor of English, and two influential former society fellows – Peggy Kamuf, Ph.D. ’75, of the University of Southern California, and Ranjana Khanna, director of women’s studies at Duke University.

The conference ends with a public reception Nov. 1.