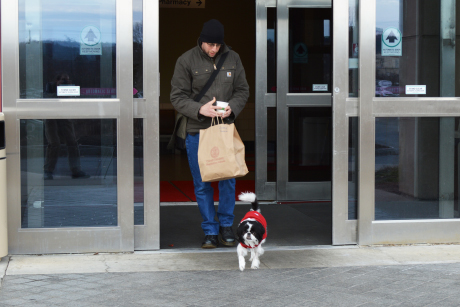 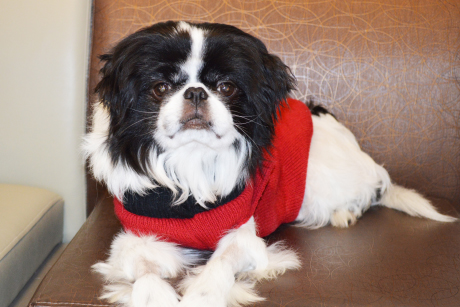 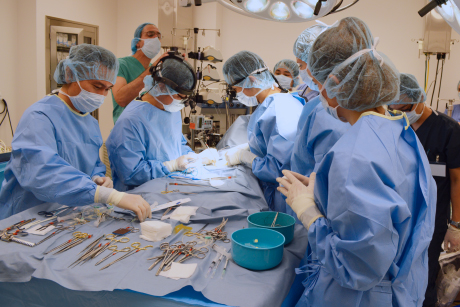 Esme’s future now looks bright, as the Chin received a rare and successful seven-hour open-heart surgery at Cornell’s Hospital for Animals Nov. 19 and was released with a healthy prognosis Nov. 26. The surgery was conducted by a team of five Japanese veterinarians who specialize in such heart surgeries, and led to some hefty medical bills, including $22,000 to fly the surgical team to Ithaca and $10,000 in hospital fees.

Raskin did research to find and contact the Japanese surgeons, and with the help of two Cornell alumnae, the College of Veterinary Medicine agreed to sponsor the procedure.

“There aren’t any places that do this routinely; that’s the biggest hurdle,” said Dr. James Flanders, associate professor of surgery at the Cornell College of Veterinary Medicine and an expert in small-animal soft-tissue surgery. “This Japanese team has been doing this surgery for the last 10 years and have a very high success rate,” he added.

To take Esme to Japan for the surgery would have required a six-month quarantine according to Japanese law, time that Esme did not have, Flanders said.

Though the mitral valve surgery has been attempted on dogs by U.S. surgeons in the past, the procedure has proved especially difficult in small dogs, said Flanders. The surgery requires a bypass pump that temporarily takes over the heart’s duties so the surgeons can operate. The biggest challenge comes when taking the animal off the bypass pump and allowing the heart to take up pumping duties again, which often leads to complications and death, said Flanders.

Flanders, a 30-year veteran as a small-animal surgeon, said bypass operations like this require an entire specialized team that includes a surgeon, an assistant surgeon, a perfusionist to operate a heart-lung machine and an anesthesiologist.

To raise the money, Raskin sold his car, took out a loan and enlisted the help of strangers through the crowdsourcing website gofundme.com. The overwhelming public generosity led Raskin to cut off donations once his goal had been reached.