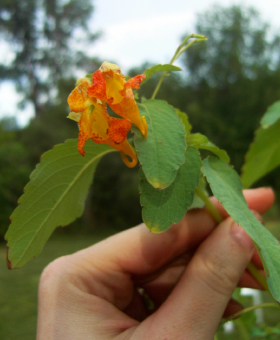 Rampant deer have long been munching away on forest plants and altering ecosystems, but new evidence suggests some plants are evolving tolerance to being eaten.

Deer tolerance was determined by measuring lifetime seed production when faced with being eaten by deer.

The researchers believe that more tolerant plants may put more energy into growing fast to counter being eaten, or in this case, producing more seeds.

“Individuals in populations that were historically browsed were able to devote more resources to seed production,” said Laura Martin, a graduate student in the field of natural resources and the paper’s lead author.

“The flowers last longer and there were more seeds per flower in the historically browsed plants, but there were the same number of flowers in browsed and protected plants,” Martin said.

The study provides the first empirical evidence of evolution of tolerance in response to deer herbivory.

Protected populations came from such diverse sites as fenced gardens, in gorges on steep slopes where deer could not reach, and within New York City’s Central Park, where the city itself acted as a kind of fence against deer.

“The different types of protection added robustness to our study,” said Martin.

“All of the plants outside the fence were naturally browsed by deer,” and the researchers then compared seed production inside and outside the fence and within populations from which they were collected, said Martin.

While the study adds to understanding of plant tolerance and evolution, it also sheds light on the ability of plant populations to adapt and persist in the face of rapid ecological change.