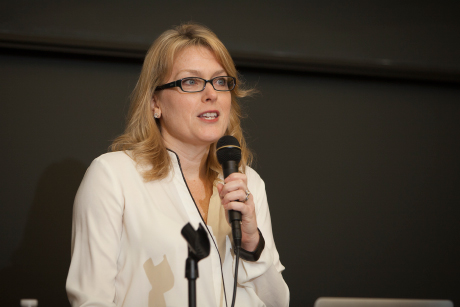 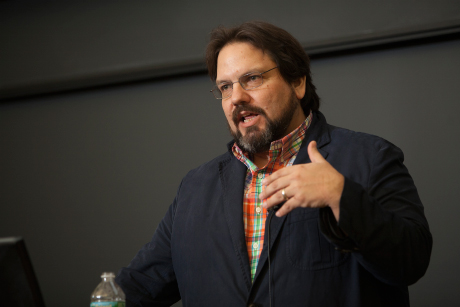 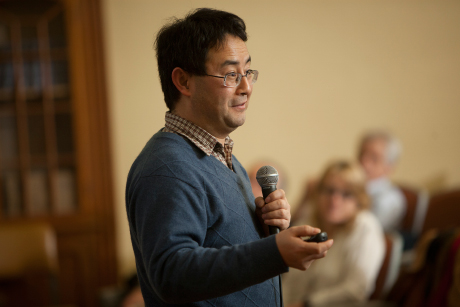 It is not often that a preschool lesson, a program for street children and fighting pollution are mentioned in relation to one another. But systems thinking, a diverse field based on understanding the interactions between the parts of a system, is the common link between these very different concepts.

What systems thinking actually is, its real-world applications and its future were discussed in “Systems Thinking v2.0,” a TED-style mini-conference on campus Dec. 3.

Derek Cabrera, Ph.D. ’06, a senior research scientist at the Cabrera Research Lab in Ithaca, discussed the difficulties of defining systems thinking and how to overcome them. “Most of our problems result from the difference between how real-world systems work and how we think they work,” Cabrera. He blamed this misunderstanding for the failure of many traditional systems models to produce good results when applied. This led him to what he called “version 2.0” of systems thinking, which is based on distinctions, systems, relationships and perspectives (DSRP).

Laura Cabrera, a translational researcher at the Cabrera Research Lab, focused on the potential of a DSRP-based method of modeling. She explained that DSRP models can be used by anyone to make connections across disciplines, from a pre-K student learning about fire trucks to a Ph.D. student working on a thesis. This is possible, she said, because DSRP models emphasize the importance of the structure of ideas as much as the ideas themselves.

Real-world applications of systems thinking were also addressed. Gerald Midgley, associate dean for research and enterprise at the Hull University School of Business, talked about applying DSRP and systems thinking to “wicked problems,” complicated situations for which there are “no optimal solutions, only ways forward,” he said. Midgley cited the development of programs for street kids in Manchester, England, discussing how the key to success was understanding up front the biases involved and working to mitigate their effects.

Oliver Gao, Cornell associate professor of civil and environmental engineering, discussed how systems thinking could be applied to transportation problems. “We behave like 2-year-olds,” he said, because humans want to have cars and drive everywhere, no matter the consequences. Gao described how particulate matter from vehicle exhaust, particularly diesel, can have negative effects on public health. Systems thinking can help to prioritize “efficiency, equity, energy and the environment” in solutions to this problem, he said. This could prevent bias in the allocation of funds to retrofit diesel school buses, for example, or stop the use of the less effective metric of particle mass to measure the amount of pollution.

The superintendent of the Ithaca City School District (ICSD), Luvelle Brown, discussed how systems thinking is used every day at ICSD to help students and teachers. Brown described the difficulties in taking ICSD’s mission, “Engage Educate Empower” and “make it mean something.” He said it required “changing mental models for what it means to be engaged” and redrawing the boundaries for what an effective classroom looked like.