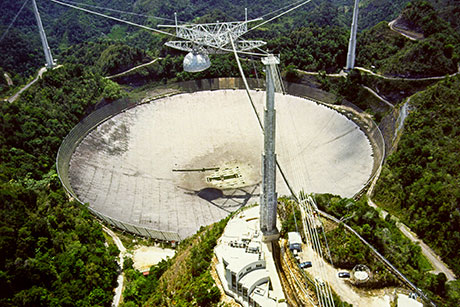 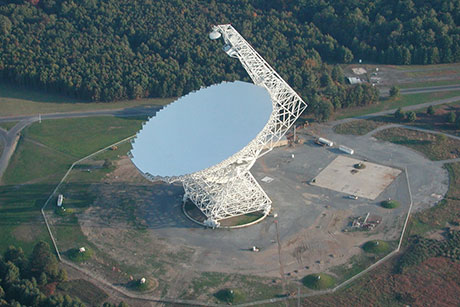 A full century after Albert Einstein’s Theory of Relativity proclaimed that gravitational waves cause ripples in spacetime, humanity may finally have the tools to detect these waves.

The National Science Foundation (NSF) has awarded $14.5 million to the North American Nanohertz Observatory for Gravitational Waves (NANOGrav) consortium over five years to create and operate a Physics Frontiers Center (PFC). James Cordes, Cornell professor of astronomy, is a co-principal investigator on the project and he will lead Cornell’s team in the 11-institution effort.

The NANOGrav PFC seeks to detect low-frequency gravitational waves, which are elusive swells in the fabric of spacetime that arise from cosmic events involving extremely large masses. In Einstein’s Theory of Gravity, these events produce distortions that can be measured with radio telescopes.

“We are all accustomed to seeing spectacular images of the sky with the Hubble Space Telescope,” Cordes said. “These are the culmination of 400 years of observations in the visual part of the electromagnetic spectrum that began when Galileo made the first astronomical telescope and saw new things that the naked eye could not.”

In the post-World War II years, all other parts of the electromagnetic spectrum have been explored, leading to spectacular discoveries about the nature of our universe.

“The same will happen with gravitational waves, which are fundamentally different from light, radio waves and X-rays,” Cordes said. “Once detected, the era of gravitational wave astronomy will commence. We will learn how extremely massive black holes orbit each other in the centers of galaxies and we may discover true exotica such as cosmic strings or events from the early universe.”

The gravitational waves from these phenomena have such long wavelengths – light years, much larger than our solar system – that we cannot build a terrestrial detector large enough to observe them. Fortunately, the universe itself has created its own detection tool, Cordes said, in millisecond pulsars – the rapidly spinning, super-dense remains of massive stars that have exploded as supernovas. These ultra-stable stars serve as nature’s most precise celestial clocks, appearing to “tick” every time its emissions sweep past the Earth like a lighthouse beacon.

Astronomers will use the NSF’s Arecibo Observatory in Puerto Rico and the National Radio Astronomy Observatory’s Green Bank Telescope.

For Cornell, Shami Chatterjee, senior research associate and Adam Brazier, researcher at the Cornell Center for Advanced Computing, an important resource for NANOGrav, are part of the project. Graduate students Michael Lam (astronomy) and Dustin Madison (physics) are researching their doctoral theses on this subject.

Xavier Siemens, of the University of Wisconsin-Milwaukee, serves as NANOGrav’s principal investigator and director of the multi-institution, virtual center. Maura McLaughlin, Ph.D. ‘01, an astronomer at West Virginia University, will serve as co-director.