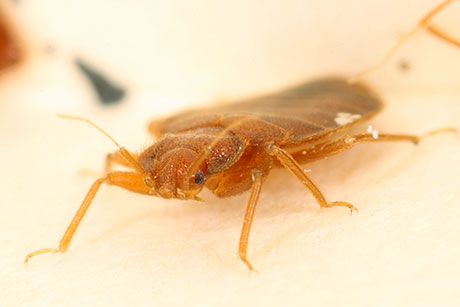 Benoit Guenard
Bedbugs are thought to have moved from bats onto humans during a time when humans occupied caves. 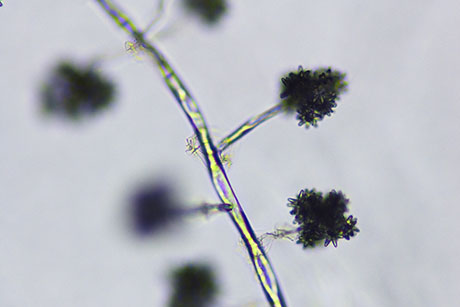 A cross-disciplinary group of scientists is applying the tools of ecology and evolutionary biology to a new research frontier: indoor spaces.

Indeed, indoor spaces could be the fastest growing biome, a word used to describe the different realms of life on Earth. Researchers estimate that the indoor biome makes up about 0.5 percent of ice-free land, or about 247,000 square miles, almost the size of Texas.

A review paper published March 19 in the journal Trends in Ecology and Evolution serves as a call for research in the emerging field of indoor biome ecology and evolution. The various organisms living in homes and other indoor spaces rarely has been researched, with sparse studies of rodents and German cockroaches, for example, from the pest management field, or public health perspectives on microbes.

The paper came out of a 2013 workshop that included the evolutionary biology of the built environment, which included evolutionary, microbial and plant biologists, entomologists, architects, scientists who study better building design, and others.

“People have this picture that there are only a few insect species and microbial species eating human scrap,” said Laura Martin, the paper’s first author and a graduate student in the field of natural resources. “But given the number of species found indoors, it is likely there’s a lot more going on that we don’t know about.”

A study of 40 houses in North Carolina used genomic technologies to document more than 8,000 bacterial and archaeal taxa; another study of 50 houses in the same state described more than 750 types of arthropods, including insects and spiders; and an examination of 11 houses in California found a great variety of fungus among us.

“I’ve been noticing more species inside my house since I went to this working group,” Martin said, referring to the 2013 workshop. Co-author Robert Dunn, of North Carolina State University, discovered a species of parasitic wasp that lays its eggs inside cockroaches in his house.

“The radical diversity in abiotic environments, such as in water heaters, freezers and on kitchen counters, is vast and could parallel microclimates found on forest floors,” said Martin.

The paper notes that the first human houses date back 20,000 years and that today’s indoor environments most closely resemble caves.

The emerging field also holds potential for studying rapid evolution, as the development of human-built environments has been recent. Researchers have many questions regarding the indoor evolution, such as whether species found indoors were pre-adapted to indoor environments or whether they have adapted to them; and how the indoors might drive the evolution of new species. Another question is: what traits do indoor species select for? For example, most indoor environments are dry, and there are many indoor species that appear resistant to desiccation, Martin said.

“We are interested in reframing the dialogue away from what gross or dangerous pests live in houses to what biodiversity exists in houses,” Martin said.

The paper emerged from a meeting at the National Evolutionary Synthesis Center, supported by the Sloan Foundation. The study was funded by the National Science Foundation and the Southeast Climate Science Center.