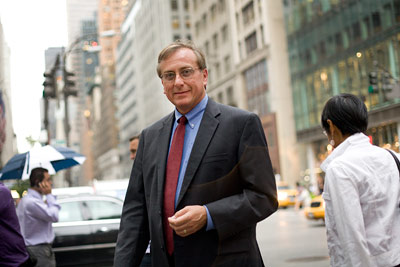 Having a tech campus in New York City would not only stimulate the city's economy with jobs and intellectual property, but also pose new academic and research opportunities for faculty and students based in Ithaca, say university leaders.

Cornell is in the process of responding to a July 19 Request for Proposals (RFP) for a New York City campus, issued by the city's economic development office. Cornell leaders stress that the goal is to create a new economic development boon for the city that enhances, but does not compete with, the Ithaca-based main campus.

"CornellNYC will give the Ithaca campus new opportunities for engagement and participation in New York City," said President David Skorton.

"The NYC campus will raise our visibility and capacity, enhancing our overall ability to attract new funding and compete for programs," added Provost Kent Fuchs.

Mayor Michael Bloomberg's vision for a new technology campus in the heart of the city calls for a minimum Phase I buildout of 250,000 square feet by the institution chosen in a competitive RFP process. The full campus would eventually encompass at least 1 million square feet, according to the RFP. The city has offered to provide real estate and some initial funding. Cornell, which is proposing to build on Roosevelt Island, is among a number of world-class institutions vying for the bid, which will be awarded in December 2011. The proposals are due at the mayor's office Oct. 28.

While the overall budget model is still being determined, Fuchs said the funding model for the Cornell New York City tech campus would consist of research grants and contracts from the government, companies and foundations, as well as philanthropy. The campus would attract thousands of master's and Ph.D.-level students, and would also involve the hiring of new full-time faculty, researchers and staff.

Many disciplines in which Cornell already excels would see opportunities for engagement and growth with the building of the tech campus. For example, New York City is already an integral part of the College of Architecture, Art and Planning's research and curricular identity, said Kent Kleinman, AAP dean. This includes programs in the city for undergraduate and graduate students working on what Kleinman calls "one of the most pressing problems facing global societies" -- sustainable urban development.

"AAP would benefit enormously from a larger Cornell presence in the city, and would also contribute to Mayor Bloomberg's bold initiative to make New York City a national leader in sustainable urbanism," Kleinman said.

Fuchs envisions full-time students and faculty populating the campus, which would become a breeding ground for high-tech research and entrepreneurship. But he also sees it as an opportunity for Ithaca faculty and students to spend time there, part time or during summers, as well as for sabbaticals. Faculty from the Ithaca campus would be there on a regular basis, particularly those interested in applied research that could form the basis for technology companies -- a trend already happening in Ithaca.

Undergraduates, while not getting degrees at the campus, would also have opportunities for research and internships.