The computer-modeling accomplishment - which is expected to aid the future design of tiny insect-like flying machines and should dispel the longstanding myth that "bumblebees cannot fly.

ATLANTA -- Something really shocking is going on in a microquasar, or black hole, dubbed "Old Faithful," some 40,000 light years from Earth. It seems to be behaving like a giant particle collider, with massive shock waves generating eruptions every 45 to 90 minutes. This is the second time that Old Faithful, the first known microquasar in our galaxy, the Milky Way, has been observed to be acting strangely. Two years ago astronomers presented evidence, from X-ray and infrared observations, that the microquasar is sending out jets of hot gas at close to regular half-hour intervals. 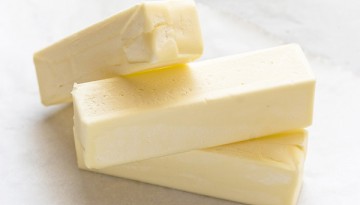 Butter made from milk containing increased levels of a natural fatty acid reduced the risk of breast cancer in laboratory animals, according to new research published today

It's the 25th anniversary of Earth's first attempt to phone E.T.

Twenty-five years ago next week, humanity sent its first and only deliberate radio message to extraterrestrials. Nobody has called back yet, but that's OK -- we weren't really expecting an answer. (November 12, 1999)

Impact of biotechnology will be examined Oct. 11 at Cornell symposium

From hepatitis prevention to virtual lab animals on a chip, five scientific advances with the potential to change society will be examined at a symposium on Monday, Oct. 11, from 8:30 a.m. to 5 p.m. at Cornell.

In a new book, The Deep Hot Biosphere, Cornell professor emeritus of astronomy Thomas Gold argues that subterranean bacteria started the whole evolutionary process, and that there's no looming energy shortage because oil reserves are far greater than predicted.

Jupiter's intricate, swirling ring system is formed by dust kicked up as interplanetary meteoroids smash into the giant planet's four, small inner moons, according to scientists studying data from NASA's Galileo spacecraft. Images sent by Galileo also reveal that the outermost ring is actually two rings, one embedded within the other. 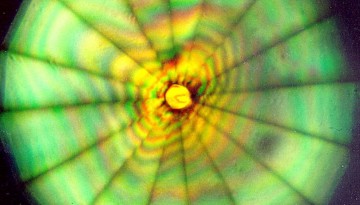 High-pressure scientists 'journey' to the center of the Earth, but can't find elusive metallic hydrogen

Hydrogen, as any materials scientist will tell you, is a tough nut to crack. It is the simplest of the atoms, but in its molecular, or solid state it is incredibly complex. The long-sought goal of turning the element into a metal, it has been predicted, would require pressure close to that found at the center of the Earth.

It might wobble and stagger, but Cornell's headless robot is providing insights into how humans walk

It doesn't have a brain or a heart, and its walk is a little like the scarecrow's, but a little headless, armless, trunkless two-legged robot, developed at Cornell University, can walk, wobble, hobble, limp, stride and stagger. But it can't stand still in any position without falling over. (April 7, 1998)